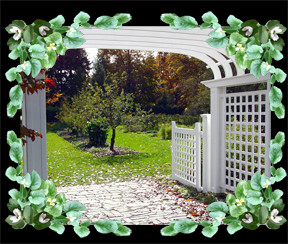 We are happy to welcome you to creatively explore this site. Here you may find Soul Nourishing Creations and Knowledge shared by Father with us.

May your exploration yield many fruitful surprises that nourish your Soul and Self. May you find and receive the answers you have been searching for.

A STORE HAS OPENED

PERCEPTION OF DECEPTION, OR LANGUAGE OF THE FATHER ?

Clif High, at Half Past Human, has been entirely certain of the unrighteous-unholy plan for civil unrest / revolution / revolt this year. While everyone's attention is on immigration, monetization, and terrorism, a rather dominant, yet less approachable issue is geological and meteorological manipulation of the planet. Something trendily called "the weather wars", which began to be legislated in the mid 20th century. While an extended period of ridicule and denial followed the international agreements to inhibit or prevent warfare at such a level, it is today common newsworthy information from even as far away as China that weather modification is in fact taking place.

Russia and the United States are still double speaking their participation: denying and yet claiming beneficial action. China on the other hand is claiming great success, only in their homeland, of course. The modification of the weather, the diminishing of the Sun light to the planet surface, and the toxification of planetary life is still a source of disinformation, denial, and destruction.

The planes that spray the atmosphere continually, have been identified as military. The atmospheric contamination has been measured in various cities and reported publicly through newspapers and other means. Clifford Carnicom, has researched extensively the air contamination and yet federal secrecy and denial prevail.

While diverted with swine flue, bird flue, flue vaccine, no attention was given to the spread of black mold and other fungus until this week when a fungal outbreak in Oregon, extremely virulent and spreading has been reported.

In places such as Oklahoma City, there is an active objection of the People to contamination through such spraying. In fact, Oklahoma City as well as many other cities, especially in the South, who actively object to federal oppression have been under meteorological and geological attack for quite some time. California, who would reclaim the land confiscated by the federal Bureau of Land Management is under exceedingly heavy attack. They have been told that water is a privilege, not a right and have come under the severest financial attack in these United States of America.

With all the above in mind, and being aware that civil wars and revolutions have never benefited the People, but rather those who planned the events behind the scenes, lets suppose the following scenario.

What if the event that precipitates the People and the federal oppressors into civil confrontation is not orchestrated through civil unrest, monetary collapse, or terrorism, but rather through the seemingly innocuous action by the People to stop the spraying of a "designer fungus" upon the people? Suppose "irrefutable evidence" is provided that links this fungus to the spraying causing the People to actively demand and take action to ground the military and / or other aircraft spraying this contamination across the land that is killing people, plants, and animals. Couldn't this event provide the justification the federal entity needed to begin, in "self defense", a lockdown and militarization of all federal holdings beginning with the airports, "military bases" and other "governmental structures", followed by the lockdown of everything claimed under federal jurisdiction, as the unrest begins to intensify? Where such lockdown and militarization would include national forests, Bureau of Land Management, all water ways, and everything else not here listed that the federal entity has falsely claimed to "manage" in the name of, and for the benefit of the People.

Suppose this federal response creates the illusion in those who desire to be free of its oppression, that now more than ever, armed action needs to be taken before it is too late? Wouldn't this escalation of conflict by the People then legitimize the outright and open attack of the federals upon the People?

Suppose then that while this federal action, would require an extremely larger military force than we believe is presently available to them, this attack against the People is successfully accomplished with the "help" of all the foreign troops stationed across these United States, who as has been confirmed by many, would not hesitate killing Americans

Suppose then, after all is said and done, we the People on either side of the conflict have been decimated, while those who planned this event assume even greater oppressive power over what is left as prearranged before it all began... just as it happened with the Civil War?

The Father has Said through "inordinate activity of your Heartfelt Desire", the Father's Plan will prevail upon this land. Were we the People to Desire the Father's Plan to prevail, the unrighteous-unholy will indeed pass away --  not to the structures they have prepared for their survival, but indeed from this Earth.

As the People Pray and Desire for the Divine Plan to prevail, they must realize Father's Plan is one of Love, one of Peace, one of Abundance. As the unrighteous-unholy pass away, through the Desire and Prayers of the People, all violence passes away with them. All death, decay, destruction passes away with them. What remains is a land that is fresh and pure / a new Earth / a new Heaven.

While it seems as though this is "way too simple" and that the only possibility of ending the unrighteous-unholy oppression is through violent measure, it is the Truth that "the Prayer of a Righteous Person availeth much". Violence has always failed the People. When many Righteous and Holy People Pray of one a-chord for the Divine Plan upon this land / this Earth, there must of one a-chord be a passing away of all unrighteous-unholy activity.

Each creation at BlueStarWay is an outward expression
of the Commitment we have with the Father Which Is in Heaven,
to solidify Heaven on Earth, and is founded on Honor, Virtue,
Harmony, Peace, Love, Respect, and Divine Truth.

BlueStarWay is founded on the Principle of Divine Increase,
for it is a means through which Divine Feelings are increased and multiplied.

Divine Increase of Divine Feelings is accomplished
every time someone views and / or acquires the available creations
so as to be nurtured, nourished, inspired, or expand Divine Expression on Earth.
Right and Proper Exchange makes this so.

All of the material available through BlueStarWay
provides a means by which we can share
what we have experienced and have come to Know
in this journey toward awakening.
It is created based on where we are
at the time of its conception.
Future material will show
Spiritual Progression in Awakening.

This material is for individual use only.
It is intended to spark creative contemplation
and consideration of if... then...'.
It is intended to provide a means by which you can enhance
your experience of that which is Divine
(rather than to provide a means by which you are told or taught
how to interpret the Divine, what to believe, how to behave,
and what is right or wrong).

Because this material brings Light,
you may find some of it very unsettling.
It is ultimately you who, through your Spiritual Awareness
and Prayer for Discernment and Guidance,
must come to Know Universal Truth and Law.
Until that moment, Progression is an ever expanding refinement.

Should you choose to do so,
any incorporation of this material into your life
is at your discretion and your sole responsibility.
Know that the Divine / Father Which Is in Heaven
is available to provide additional support
in understanding, learning, or applying this material
in your own life.

Note
Due to the disruptive nature of the internet and computers,
we suggest you quickly browse through our web site, print the pages
you Desire to explore in more detail and then read the printout.